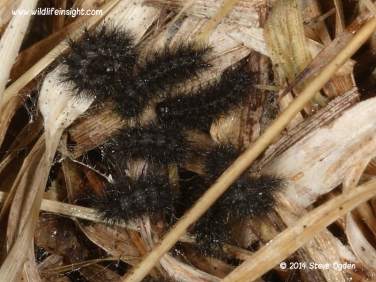 It always seems remarkable how many species of caterpillars manage to survive the winter – particularly the last one!

With the appearance of the sun several species of butterfly caterpillars have emerged from over wintering.

Good numbers of Marsh Fritillary (Euphydryas aurinia) caterpillars (right) seem to have survived the winter storms at an exposed coastal site on the Lizard Peninsular. 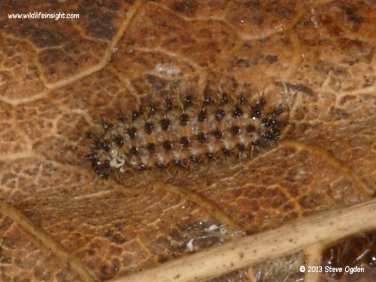 Despite being far less conspicuous the caterpillars of the Small Pearl – bordered Fritillaries (left) are also becoming more active.

For almost five months they have been tucked away, motionless amongst leaf litter for the winter.

Some are even now beginning to nibble at the leaves of violets.