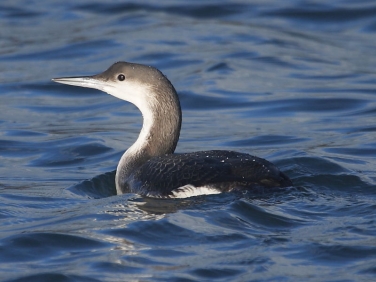 Over the New Year the weather here in Cornwall has continued to be a ‘tad’ breezy but it has also been remarkably mild.

So mild that a Red Admiral was seen flying in the garden on New Years Eve! – a fitting way to see out the year given that many butterflies had a really good summer.

More predictably there have been the huge numbers of seabirds feeding inshore in the storms.

Falmouth Bay has been full of fish sheltering from the westerly gales. 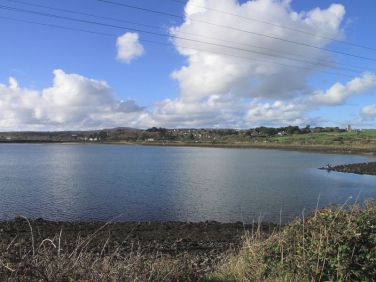 Attracted to these shoals have been as many as thirty Black-throated Divers, a few Northern Divers, the odd Slavonian and Red-necked Grebe, hundreds of Shags and a few Gannets have been seen off Swanpool.

The Black-throated Diver shown above was in the Carnsew Basin at Hayle on the north Cornish coast and offered the rare opportunity to get close enough for a photograph.

The Carnsew Basin, shown left, is often worth a visit by birdwatchers as it regularly provides good views of a variety of diving species.